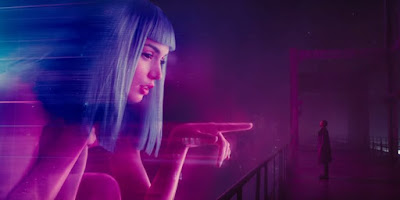 This course examines cinematic adaptations of literary texts alongside the literature itself. Class discussions will emphasize the works' formal and thematic characteristics, as well as a host of interpretive questions, including those that emerge through the decisions made during the adaptation process. This semester, we will take science fiction short stories and novels as our focus. 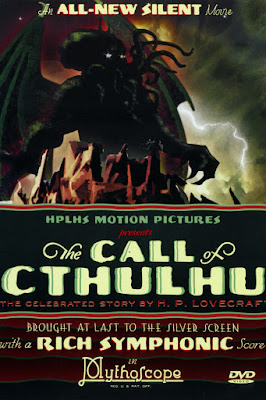 REQUIRED TEXTS:
Vic and Blood: Stories by Harlan Ellison
Do Android's Dream of Electric Sheep by Philip K. Dick
Stories of Your Life and Others by Ted Chiang
* Assorted Short Fiction (links)

5) As the late Ursula K. Le Guin notes in the introduction to her 1987 novel, The Left Hand of Darkness, science fiction is not a predictive, but rather a descriptive, genre. In other words, although these literary and cinematic texts are set in the "future," they are very much reflections of, and speculations upon, the historical moments during which they emerged. Sadly, the history of the 20th and early 21st century is frequently as bleak as the most despairing dystopian nightmares. The real world is a scary place, despite affording us moments of rapturous beauty; thus, it may benefit you  to be proactive in your education and to research the course materials to ensure that you will not subject yourself to potential psychological harm.


A successful microtheme presents an argument about a topic or question as clearly, precisely, and concisely as possible. Do not worry about elaborate introductions or conclusions. Successful microthemes resemble detailed abstracts or, perhaps even more accurately, outlines created in sentence and paragraph form, with transition statements linking the main and supporting points of your argument. A successful microtheme does the following:

1. Includes a very brief 1-2 sentence introduction that includes a thesis statement and sets up an organizational plan;
2. Includes clear supporting paragraphs that provide specific textual evidence to support your claims;
3. Is comprised of thoughtful, clear, and direct prose;
4. Is double-spaced;
5. Is free of grammar and other surface mistakes (i.e. spelling and syntax errors).


Given the rigid word limit, narrowing your microtheme may prove challenging. You will, for example, want to avoid the autobiographical rhetoric as it consumes words that could be better used elsewhere. If you are new to writing critically about film or simply wish to refine your skills, I can think of few better texts than Timothy Corrigan's A Short Guide to Writing about Film; this book is a terrific resource and is readily available online in both new and used editions.

MICROTHEME #1 (700 words; Due 3/19): Select one of the short story-to-film adaptations we have explored so far this semester and explain how the literary text conveys a major theme or idea in a substantively and stylistically different way than its film adaption. How do medium-specific technological and aesthetic considerations inform the writer's and director's creative decisions? Cite specific examples from the texts as you fashion your argument.

MICROTHEME #3 (700 words; Due in my office (CART 228) by 5:00 pm on Tuesday, May 16th):  In the introduction to her to her 1969 novel, The Left Hand of Darkness, Ursula K. Le Guin writes that "Science fiction is not predictive; it is descriptive." In other words, despite the genre's propensity for temporal and geographical alienation (i.e. setting events in the future, exploring interstellar travel, encountering alien life,  etc.), science fiction is ultimately not about what might happen, but rather what is happening in the here and now.

Taking Le Guin's quote as a point of departure, explain either how either Philip K Dick's "The Minority Report" and it's film adaptation Minority Report (Spielberg, 2002), Ted Chiang's "Story of Your Life" and it's film adaptation, Arrival (Villeneuve, 2016), or "Super-Toys Last All Summer Long" and its film adaptation, A.I. (Spielberg, 2001), explore similar themes or ideas, albeit in very different ways. What larger cultural, ideological, or philosophical concerns do these works address? Cite specific scenes/passages from the novel/film to illustrate your points, noting any important motifs that contribute to your analysis.


STATEMENT ON PLAGIARISM: The English Department at the University of Wisconsin - Parkside has a very explicit Plagiarism Policy. This policy can be found HERE. It is every student's responsibility to become familiar with the policy. Ignorance, though regrettable, is not an excuse. Of course, if you are unsure whether something you wrote constitutes plagiarism, please speak with me BEFORE (or even AS) you hand in your work. 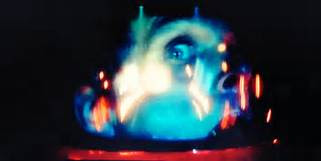 Posted by KINOWHERE at 1:12 PM No comments: